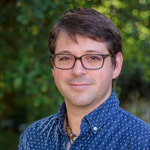 Jake L Snaddon is a Lecturer at the School of Geography and Environmental Science at the University of Southampton, whose research focuses on tropical forest and agricultural ecology, biodiversity and ecosystem functioning, and the conservation of biological resources.

Georgina Hollands, The effect of stressors on bees: Land use change in the tropics and its impacts on bee diversity, diet, fitness, and behaviour.
Co-supervisors: Suleiman Sharkh and Sandra Nogué